Fitness And Life Lessons From Chess And The Queen’s Gambit

I’ve just wrapped up some blitz games with fellow parlor players, the first semi-competitive chess I’ve played in several years. I’ve been a chess enthusiast for years, including a stint as a mediocre scholastic player. More than that, though, chess has been the medium for some of my most important learning breakthroughs.

When the new Netflix series The Queen’s Gambit (based on the novel by Walter Tevis), took over the cultural lexicon, I relished it. Chess was cool again, and I was fired up that I had an understanding of the game that helped me not only enjoy the show more, but allow me to comment on the show in ways those who don’t know the game can’t. In the last two weeks, I’ve wound up teaching a lot of people the fundamentals of chess, and found myself loving the game once again. Now, I’m black playing in parlors.

In fact, I’ve gone on several chess dates recently, a tale I outline in the appendix of my in-depth article on dating in a pandemic.

More than that, I’m once again seeing the world through the lens of chess.

New York City’s streets, the gym’s barbells, and my personal relationships once again seem to be taking place as if life were the 64 squares and 32 pieces, all centered around the king.

Chess has a lot of learning to offer and transfer to other areas, which I outline in my life lessons learned through chess.

And while the game of chess has taught me how to be a better hockey player, a better trainer, and a better person, I think Beth Harmon’s journey (played by Anya Taylor-Joy) through the game can teach us a lot more.

Here are the fitness and life lessons I learned through the hit Netflix show, The Queen’s Gambit.

You Never Know Who Your Greatest Teachers Will Be

Elizabeth Harmon’s journey as a chess player starts in an unlikely fashion: in the basement of an orphanage, learning from the school janitor. Unlike most great chess players, who learn the game as they learn to walk and talk and are put in extracurricular chess lessons with professional teachers, Harmon’s journey starts because she was asked to head to the basement to clean the erasers. In that basement, she saw Mr. Shaibel poured over a chess position.

Shaibel is the unsung Mr. Miyagi of the show, the principal mentor figure. In the arc of the Hero’s Journey, he plays the role of Harmon’s most important mentor, teaching her how to move the pieces, gifting her a chess book, and giving her the opportunity to play (and crush) students at the local high school.

But unlike the mentor figures of our modern mythology like Obi-Wan and Dumbledore, Shaibel was an ordinary janitor with a love for the game of chess. He was not a particularly strong player, nor a particularly gifted teacher. But he was the right teacher at the right time.

In the training world, there are better coaches than others. But, there may only be the right coach for you. For Beth, Shaibel, hidden away in the basement of the orphanage, was exactly who she needed at that time.

Mr. Shaibel Is Not Beth Harmon’s Only Teacher Figure

Later in the series, Beth grows as a player by working with Harry Beltik in her Kentucky home.

Even though Beltik is well below her playing level (he’s still a rated master, so let’s not get too down on his abilities), Harmon still gains a lot from having him as a teacher. Not in the sense that he was teaching her advanced tactics or practice with her pawn endgames, though. Rather, Harry Beltik insured Harmon had the accountability she needed to train. Later in the show, we see how she descends into drug abuse without any accountability or obligation.

Accountability is often why even the best trainers hire trainers. You can have all the information, but sometimes you need somebody there to guide you through applying it.

The Value of a Training Partner

We later saw a similar relationship with Beth and Benny Watts, the suave New Yorker with the cool brimmed hats. Benny was her training partner leading up to the Paris Invitational. Watts, as a peer and closely matched player at the time, not only provided accountability, but also varying viewpoints on the game, angles to see it differently, and, more experience in international play that Harmon could learn from, in addition to accountability.

In the gym, we should look for a training partner who checks all these boxes — the person we can learn from, grow from, and have fun with at the same time. Ideally, your training partner has some strengths that you don’t have and vice versa, just like Watts and Harmon.

Where Watts was a stronger blitz chess player (at first), your gym partner may have more developed legs than you. But you might have a developed inner chest they lack. With varying strengths and weaknesses, your partner can help you improve your leg training, while you show your training partner some tricks to develop the inner chest.

Find The Coach Who Plays Your “Style” Of Chess (Or Fitness)

In The Art of Learning, one of my all-time favorite books, Josh Waitzkin, a chess international master, outlines how as a young chess player he was naturally a creative, attacking player (much like Beth Harmon). So, his teacher at the time recommended he study the likes of Anatoly Karpov, a former world champion known for incredibly accurate defensive chess, like a snake that strangled opponents for breath and space (in chess we call this “prophylaxis”). By doing this, Josh could improve his defensive weaknesses.

But young Josh couldn’t be inspired by Karpov’s play, and it wasn’t until another teacher recommended he learn defensive chess through an offensive player with the same style, like another world champion Gary Kasparov, that he could learn the nuances of defensive chess.

Through Kasparov, Watizkin could learn the defense of Karpov.

Sometimes the right teacher comes along, other times, you need to find the teacher who fits with your learning style.

I entered the world of training through the door of performance training. When I was initially learning about strength and conditioning, learning hypertrophy training styles made much more sense to me coming through the door of trainers like Eric Cressey and Ben Bruno, because they spoke the language of athlete development that stood as my foundation. In contrast, I was never drawn to bodybuilders, they were my Karpovs, the ones I had a hard time learning from, even if their strengths were my weaknesses in my training knowledge.

As you learn about fitness and training, find the trainers who speak through your door to learn from.

There’s More to Life Than Chess (And Training)

For young Harmon, it seems like there really isn’t.

Not only do we see Beth Harmon grow as a player, but as a person. Sometimes, she strays down distracting paths that hurt her play (like in the Paris Tournament against Vasily Borgov). Other times, we see an inspired woman who takes joy in conversation, fashion, the Russian language, and more. At the end of the show, I wasn’t just enamored with a brilliant chess player, but with a dynamic human being with other interests, talents, and struggles.

There have been a lot of comparisons between Beth Harmon and Bobby Fischer, the only American to ever win the world chess championship. If you don’t know about Fischer, after winning the world championship, he went mad, becoming a bat-shit crazy conspiracy theorist who refused to even defend his world title. His dissension into madness is a heartbreaking tale of a cold war hero who defeated their Russians at their own game.

His biographer Frank Brady called him, “the boy who knew nothing but chess.” 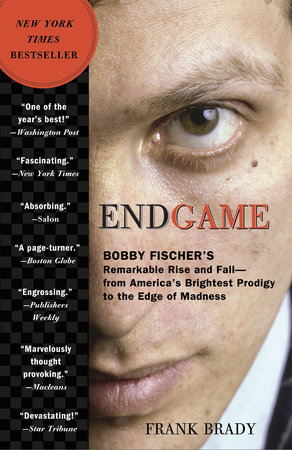 In the show, there are moments where Beth strays towards madness as well, and I couldn’t help but think her character would align with Fischer: becoming great at chess to the downfall of everything else. This is marked by the scene where Beltik compares her to Paul Morphy, another great American chess player who was his own toughest opponent.

But, I see a distinct difference between the two: Fischer really was a man who knew nothing but chess. And without chess, he was the blubbering madman. Beth, on the other hand, evolves into a great human being and a great chess player.

She gives herself space to enjoy life, and doesn’t think only about chess. In fact, it’s Benny Watts, who, after having sex with Beth shows he’s the one who thinks too much about chess when the first thing out of his mouth is a strategic point about her upcoming match against Borgov.

Beth replies, “Are you serious? This is what you’re thinking about right now?”

Of course, we see this in fitness also. Training can become an obsession, larger than life. Cardio, calories, and weights are all you think about, to the detriment of other areas of your life. This is not a life I think any of us should inspire towards. Even the top, especially the top athletes, have hobbies and vocations away from their sport.

Plus, what’s the point of trying to be healthier and stronger if you can’t enjoy it?

If You Want to Be Good At Something, Learn All There Is To Know

Beth’s read them all, or at least already has them all on the queue.

She has studied what there is to study. While there’s so much more to learn (and she should probably have spent more time studying Borkov’s games as Beltik recommends), she shows her infectious willingness and enthusiasm to learn. That, in addition to here clear gifts, jet to the top.

Final Thoughts on Chess And The Queen’s Gambit.

Chess is cool again. The fact that it’s cool is crushing it for me on the dating apps. And even if you have a moderate interest in the game, learning it can provide you with a new lens to view the learning process.

Why the Twilight books suck.

The Art of Influence: 11 Techniques to Steal Form The House of Cards

And people say television is useless. The swines.