C'mon man, just be an athlete.

No, mom, I don’t want to do summer “fitness” camp. Yet, two weeks later, twelve-year-old me stood on my future high school’s track. Outdoors. At 7:45 in the morning. With none of my friends. I hail from Vermont—where in the morning your bare skin shivers outside regardless of the month, and the grass sprouts with dew, making slips and near falls a repeated occurrence throughout our dynamic warm-up. Yet, as the sun began to cast over the field complex, the feeling of accomplishment—and accompanying bacon, egg, and cheese my mom got me on the way home—came along with it. Perhaps it was this elation, or maybe the bacon, that kept me coming back all summer.  At this camp, we trained for performance, in a manner Mike Boyle would be proud of. We focused on athleticism, movement fundamentals, and progressive overload basics. In seven weeks, I swelled from 110 lbs to 125 lbs. 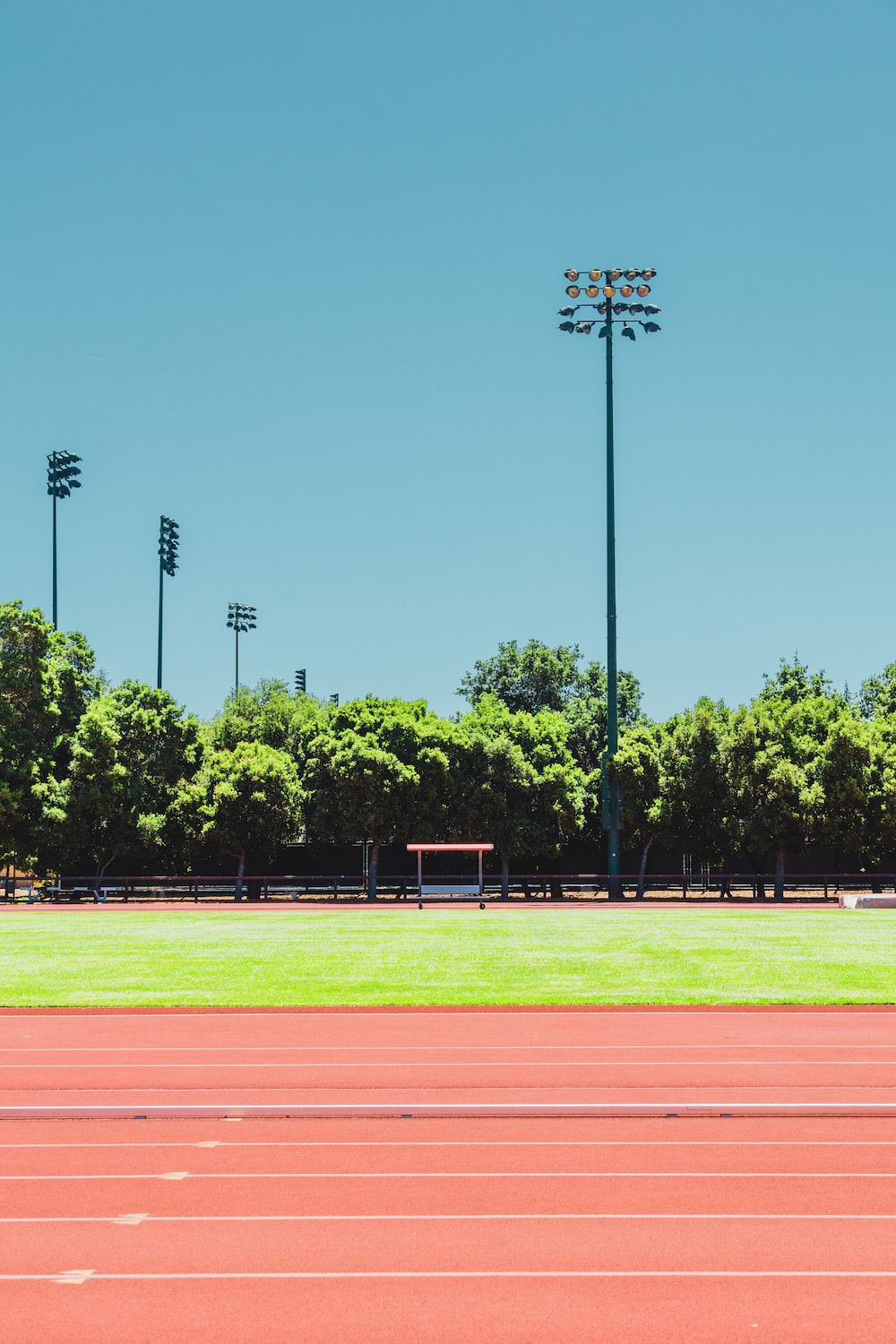 The results showed immediately on the ice. In summer hockey I started to dummy—hockey lingo for ‘hit really hard’—kids who perennially bullied me around, and I began wheeling—hockey lingo for skate fast—around defensemen who previously held me up. (If you’re confused about all this hockey slang, go watch some Letterkenny) I was bought-in to the training process, And kept going to this gym—they had a facility for the other months of the year—for their youth athletic performance classes.

But, As My Athletic Prospects Improved, I Also Began to See the Benefits of The Vanity Side of Training.

I got bigger, stronger, more attention from girls. In my second summer of training, at age thirteen, I was fortunate to attend a week-long academic camp in Washington DC. And at this camp, as I chilled on a couch of a dormitory lobby, I view locked onto the green eyes of a brunette girl. Like all great middle school relationships, it was awkward, yet somehow successful—details which I’ll spare you.

When the camp ended, we kept talking and continued a sort of long-distance relationship. As with any long-distance bond, the spark depended on great conversation and sending a few pictures or two. Not those pictures. C’mon, I was only thirteen.

Soon though, sending out shirtless pics became kinda my thing. One day we were Skyping—yeah, Skype; remember those days before Zoom took over our lives?—and she said, “David, you should really work on your pecs.” My pecs? I thought. What are those? With a bit of research, I uncovered bench presses and push-ups would be the key to a filled chest. As the female mind will persuade one to, the impetus to train my chest occupied the forefront of my mind, evolving into a constant itch I couldn’t scratch. Any thought of training for hockey threw itself away from my mind. By the end of 8th grade, I was pec popping like a grown man, and just a few months later, in my freshman year of high school, I benched 200 lbs at a weight of ~140lbs. Yeah, big bench guy.

Like any good middle school relationship, this one ended over Snapchat. With criticism of my chesticles out of my life in my freshman year of high school, I had to make a choice: am I going to train like an athlete or a meathead?

Although They Weren’t Mutually Exclusive, They Were Divergent Training Methods.

I continued to train at the athletic performance gym, but also kept following the likes of the founder of this blog, Mr. Giovanni Romaniello. Damn you, John, for keeping me in my meathead space. Then, in late 2013, when I was still a freshman in high school, I read an article from John promoting Eric Cressey’s The High Performance Handbook. John sold me on Cressey, and with Cressey’s program, I found a middle ground: a program for athletes with the thumbs up from John, my favorite meathead.

Rolling through The High Performance Handbook evolved into a pivotal juncture athletically. That hockey season, I lost weight (from undernutrition, not good) but got stronger, completely due to following Cressey’s program. Soon I followed everything Cressey released. That led me to guys like Mike Boyle, Gray Cook, and soon, I was a functional training geek. I exiled myself from meathead limbo and opted to train like an athlete. In the subsequent years—9th grade and 10th grade—I went from ~120lbs to ~160lbs, getting stronger and faster in the process.

I felt for the first time I had swerved onto the road to college athletics and was coasting on the highway. And I looked better too. Girls—okay, I was still in the *sending mirror shirtless pics* phase—complimented my chest, my back, my broadened shoulders, all previous weak points. Through training like an athlete, I looked better than I ever had when I followed hypertrophy training methods. My body looked good because it was good. Training for athletics, you don’t isolate muscles or swell lagging muscles, you craft the abilities necessary to be the most adaptable, powerful, resilient human you can be. And when you achieve that, the aesthetics line into place. As I looked in my childhood mirror, poked at my dense “hockey quads” and triceps, I realized I was built by sprints, split squats, and pull-ups, and all the biceps curls and lateral raises in the world weren’t going to get me where those did.

The next day as I strolled through my high school’s hallways, the blue lockers surrounded by insecure high school eyes, I noticed the extra spring in my step.

Maybe I Was More Powerful, But More Likely, It Resulted From My Athletic Confidence, Which Improved My Self-Image More Than an Inch on My Chest Ever Did.

Recently, John posted on his Instagram how the prize we seek is never the prize that satisfies our soul. Years ago, I couldn’t put this feeling to words the way John just did, but as I strolled through my old high school hallways with an ease of confidence, I understand that the point of getting bigger, faster, stronger, or better at sports is for those skills to transcend us. When I first sought to become a better athlete I deep down desired recognition. When doing biceps curls or bench presses, this sentiment remained. But, as I sauntered through the hallway, I took a step back, saw the flaw in this thinking, and took a deeper look at myself in what I desired as an athlete. Did I want to get better for myself or others? This rattled through my brain, distracting me from the polynomials on the whiteboard, as I pondered on why I trained, why I practiced. And at that age, I didn’t even understand the concept of ego. Today, I know that was a part of it. But deeper down, even then I knew I wanted to get better as a hockey player for myself. Dispersing the strength of my ego, from then on I trained to reach the highest athletic levels I could. I continued to follow the likes of Eric Cressey and Mike Boyle, only branching out into hockey-driven programs.

And as the years went on, I improved as a hockey player, of course, but my athletic body served as a means to be better at literally everything. I walked around with an advantage over the rest of my peers, and really, the human population. Here’s a list of everything I’m better at as a result of training like an athlete:

I’m not suggesting you need to toss your hypertrophy program out the window. The athletic components which bring so many of these benefits, are simple to incorporate into any program. The 80/20 principle applies to this as much as anything else.

Replacing bilateral lower body training with unilateral movements, for example, shifts your training to the practicality of our actual existence. We’re not kangaroos that hop around anywhere. Real life is a gait movement with the legs alternating.

When I interned for the Umass Lowell hockey team (ranked #12 in the country) in the summer of 2019, I saw this taken to an extreme. I saw players RFE (Bulgarian) split squat up to 515 lbs. 515 lbs. One leg. Yes, they’re absolute freaks. But, the training matched the demands of their sport, and those demands required freakish single-leg strength. In your program, all you may have to do is replace back squats with split squats, if only for a few weeks. And, a lot of the risks associated with lifting heavy load will dissipate, because you won’t need to lift as much to get the stimulus necessary for adaptation. In fact, I’ve learned in conversation with many of the NHL’s strength coaches, they’ve taken bilateral lower body lifts completely out of the program and opted for a unilateral approach. With all my athletes (and myself) I’ve done the same. I now see fewer tight low backs, faster sprints times, and increasingly freakishly strong legs (a right of passage for us hockey boys).

Another simple athleticism method without overhauling your program is to abide by Mike Boyle’s “jump, sprint, throw” guideline. When I talk to general population trainees about this, I often get weird looks like I’m gonna treat them like Olympic athletes or something. Of course, this couldn’t be further from the truth. It’s just including these elements into your program, most commonly (unless you’re following a method like Cal Dietz’s Triphasic Training) before your main strength lifts.

Jump progression: In this video I showed “hops” (single-leg). But you can do two, legs of course, and also go sideways. But the progression is

Box (no gravity on the landing) with stabilization

Throw progression. We stand with the variation with the most control (tall-kneeling and half-kneeling) and move to more dynamic movements. These videos are for side throws, but the principles apply for chest throws, slams, and overhead throws.

Shuffle MB Side Toss with step

And progressing to the next level isn’t the goal, but to master the first progression. Unless you compete in athletics, you don’t have to do continuous jumps, dynamic med ball throws, and all-out sprints.

The last component I’d be remiss without mentioning is conditioning. In the aesthetics world, we condition for fat loss. Well here, we condition to… well, you know… uh… be conditioned. You actually may not need to change much, but I would recommend adding variation. That means if you usually walk on the treadmill, hop on a stationary bike instead. Or, fuck it. Get a few of the bros together and play some Spikeball. This is another aspect Cressey covers really well in his HPH program.

We all exist here in this thing called life with one machine. And of course, we want that machine to look good. While there’s nothing wrong with focusing on looking good, admirable aesthetics churn as a result of training for performance.

This is not to say there’s not a time or place to train for aesthetics. But, it’s been my experience when you train for athletics or aesthetics, the aesthetics take care of itself. Plus, the Olympics just got pushed back a year. You got extra time for Tokyo.