Don't forget about your hamstrings

‘Twas the third month of quarantine, when I got swindled into going on a run.

Now, I hate running. Like really hate it. My limit to enjoying running ends at 50 meters.

Yet, a friend persuaded me to go on a run with her.

The run went much smoother than I’d hoped, as of course, having company will always help.

The next day though, my hamstrings were so sore they felt like they were going to rip off the back of my legs. Honestly, they might have been close to.

While I stuck to a great home workout program in the first few months of quarantine, eventually work got busy (or I just got lazy. It happens to trainers too, you know), so my workouts became quick lifts without structure so I didn’t get fat.

When I thought back about what I’d done the last month, a hamstring exercise was nowhere to be found. Admittedly, certain movements and muscles are much easier to train at home than others.

Your chest is easy to work with push-ups, the quads with squats. While there aren’t any obvious options for training your back I did outline some in this article about at-home training.

But The Hamstrings Are Probably The Most Neglected Muscle Group

…especially if you’re not thinking about your programming.

I think it’s because there aren’t any obvious mainstream hamstring exercises you can do at home.

Or maybe because they hide from view, and since they don’t get the attention your bosom does.

But Aesthetically, hamstrings are one of the keys to having fully-formed, voluptuous legs. They’re, literally, the biceps of the lower body (one of the three hamstring muscles is called the biceps femoris).

Perhaps more importantly, though, your hamstrings play a HUGE role in your posture, particularly at your hip joint.

As I’ve written about to near exhaustion (because it’s that damn important) one of the secrets to sustained performance, progress, and injury prevention is to address the postural concerns that afflict nearly everyone. Most athletic people who also sit a lot (pretty much all of us) have really weak hamstrings.

This feeds into the positive feedback loop that causes your pelvis to dump forward, arching your back and leaving you susceptible to back and hip injuries. This is how many sprinters tear their hamstring, because they get lengthened more and more by training and don’t have the strength to hang on.

However, even this isn’t foolproof, because a lot of “hip-dominant” exercises which in theory use the hamstrings aren’t really hamstring exercises at all. Take the traditional deadlift, for example. I love the deadlift. I deadlift. But most people’s deadlifts are squats with the weight on the floor.

There’s nothing wrong with that unless that’s supposed to be your main hip-dominant movement. As the adage goes “don’t squat your deadlifts.”

While there are situations where I think it’s okay to have more of a squat pattern for certain deadlifts, in general, if the goal of deadlifts is to work your glutes and hamstrings — as it often is — then there should be less knee bend and a  greater focus on hip extension.

Another exercise that fits into this category is any kind of back extension. As the name implies, these back extension apparatuses place most of the tension on the back (not what most people need) and very little of it on the hamstrings.

So don’t do those, those are stupid. Unless you know what you’re doing and can maximize hip extension and minimize lower back extension.

The reason these exercises don’t really make sense for hamstring training is that they’re not encouraging the hamstrings to do their job.

The Hamstrings Have Two Main Functions…

(there are others, such as hip internal rotation, but two big ones).

They flex the knee, and they extend the hip. The important job, from a postural and performance standpoint, is that the hamstrings properly aid in hip extension. Hip extension, if you can’t picture it, is like doing a hip thrust, or driving a leg into the ground in a running position. 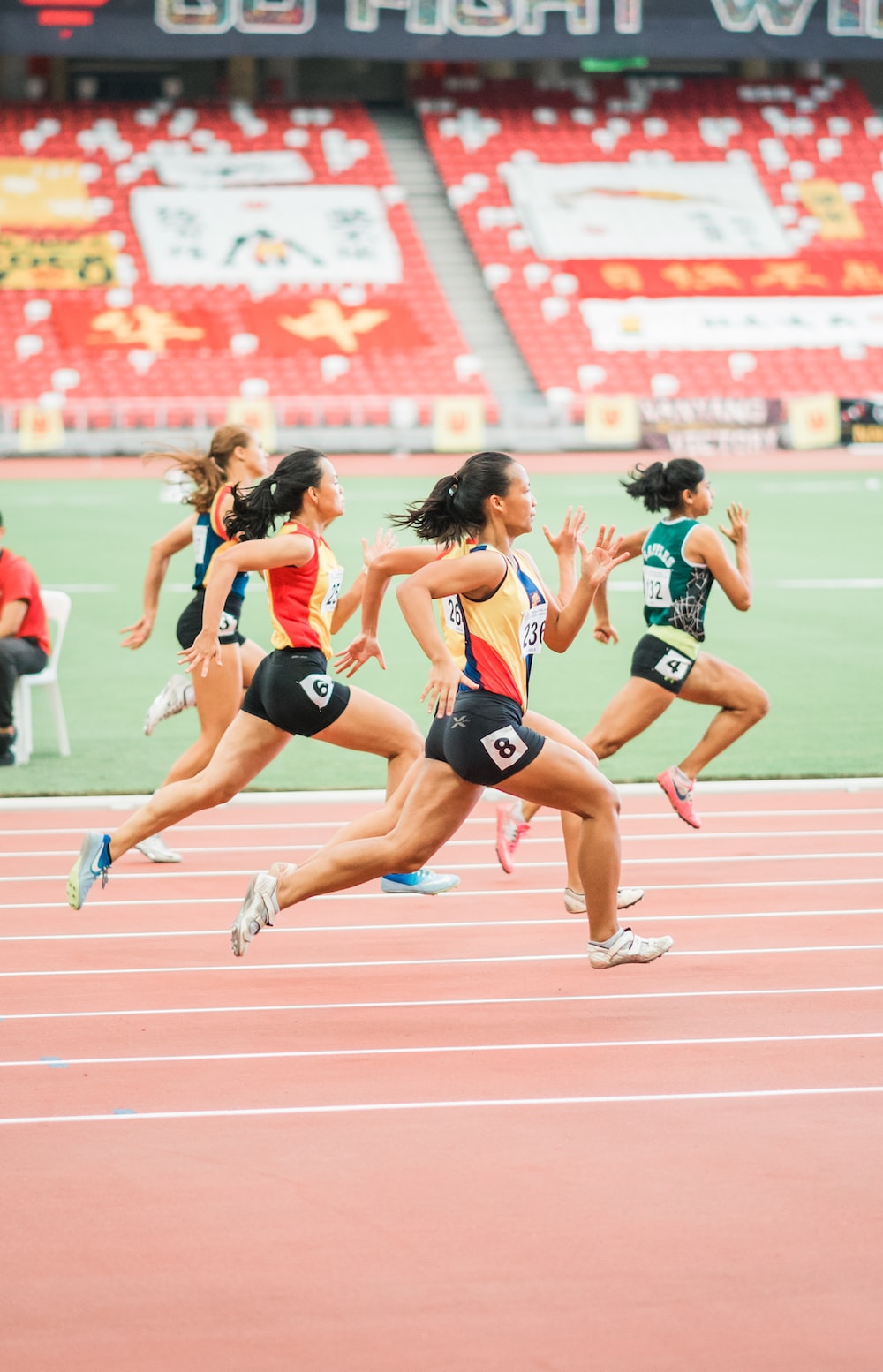 the back hip is extended

So, hamstring exercises should address BOTH of these main functions, especially hip extension.

When I came back from my run I made a point to include simple at-home hamstring exercises back into my program.

Here are those four exercises. The first three I think of as a progression because they get more and more difficult, although you can start wherever you want. I especially think the first exercise is important because it teaches the hamstrings how to contract in hip extension. All of them are difficult with just bodyweight, making them perfect for home workouts.

A key coaching point for all of them is to emphasize the hips coming forward while keeping your core engaged (so you don’t overextend your back). And for the leg curl variations, keep your hips extended THE WHOLE TIME.

All of these can be made more difficult by doing them on 1 leg. If you get to the point where you’re repping out 1-leg slider leg curls with your hips up, then you don’t need to worry about having weak hamstrings anymore.

Pick two of these to add to your next leg training day. Do three sets of eight for both. Once you can do twelve, then go to a harder variation, or try it on one leg. (or just follow the workout at the bottom.)

This is just like a glute bridge, which focuses on hip extension. However, with the feet up, it will place more load on the hamstrings because, you know, gravity.

If you don’t have a bench, a chair or couch will work just as well.

For this exercise as in all of these hamstring exercises, engaging your abdominals is of utmost importance. So, in the starting position when your back is on the ground, contract your abs so your lower back is completely flat. This is essential because now when you extend your glutes and hamstrings will do all the work, rather than your low back with pseudo hip extension.

Here the key coaching point is that you maintain hip extension as you curl your legs. You should maintain a straight line from your knees to your shoulders. If you don’t have a ball, then go to the next variation, although it will be more difficult.

(I call these stiff-leg deadlifts because I’m trying to get away from non-descriptive exercises names like a Romanian deadlift.)

If you don’t have a barbell, go with the single-leg variation using a dumbbell or kettlebell (or nothing). Even if you do have a barbell, mix in the single-leg variation and hold one dumbbell in the opposite hand as the leg on the ground. So if your left foot is on the ground, hold the weight in your right hand. If you have no weight at all, this can still be difficult. Again, the key is to focus on the hip extension, so thrust your hip forward at the top of every rep.

Since this is a single-leg exercise, start with your weaker leg. For most of us, the left hamstring will be weaker so do the left leg then the right leg (for quad-dominant exercises like lunges it’s usually the opposite).

Of course, you could have a whole day in your programming dedicated to just a hamstring workout. But most of us shouldn’t train in such a specialized manner, especially when we don’t have all the gym equipment normally available to us. Most of us will either train hammies the same workout we train quadriceps, or the same day we train back (like a pull day). So, here’s a sample bodyweight posterior chain workout.

Linear and Lateral Dynamic Warm-Up. This is perfect for home workouts because you don’t need a piece of  For this exact protocol check out this article.

(This protocol can double as your cardio also).

Note: All back exercises appear in this article on home back workouts.

That’s all I got for you today. Reach out and let us know what YOUR favorite hamstring exercises are.

Oh! Also. You might tell in these videos that I’m rocking our Dungeons and Dragons and Deadlifts t-shirts. You can actually buy those here.