Notes on the Basics, Timing, and Breaking a Fast

Just a quick one for you today. Given how prominently Intermittent Fasting is featured in my programs, and how often I discuss various Intermittent Fasting protocols it’s not surprising that I get a lot of questions about the practice. What’s okay? What isn’t okay? Can I drink coffee still? It’s even less surprising that the same questions get asked over and over and over.

Yes, you will die. But probably not as a result of starting an intermittent fasting practice.

Your first foray into intermittent fasting can certainly bring with it a certain degree of discomfort. You’ll be a little hungry. This is normal, and it’s nothing to worry about. And, the longer you fast (as in, practice the habit of fasting, not maintain one single fast), you’ll find that you don’t get as hungry as often. And so fasting becomes much easier.

All of which explains why you’re always hungry. Fasting will be hard in the beginning, because you’ve conditioned your body to produce ghrelin on a schedule, and so you have to push through that hunger.  Here’s the good news: ghrelin secretion begins to adapt to new eating patterns pretty quickly. Intermittent Fasting means eating less often, which means you’ll get hungry less often.

Science lesson over. The upshot is that the discomfort from fasting fades quickly, and the benefits (both long-term and short-term) outweigh the acute inconvenience.

2) But Wait! Is Intermittent Fasting Bad For My Metabolism?

No, it isn’t. This a myth that I could write about all day, so, again, a summary.  The noting that fasting slows your metabolic rate is an erroneous conclusion reached as the result of lazy science. One study examining the effect of Ramadan fasting (sunrise to sunset for thirty days) examined found no significant change in neither resting metabolic rate nor total energy expenditure (2).

Whenever you eat, you experience a slight increase in your metabolic rate. Known as the Thermic Effect of Feeding (TEF), this is a measure of energy expended to break digest, absorb, and utilize the food you eat.

This part is true.

Here’s the part that’s not true: if eating increases metabolism, then the inverse must be true, and not eating (or fasting) must result in a metabolic slowdown.

Further, it must be true that eating more often leads to more frequent increases in metabolism due to repeated TEF. This is where the practice of frequent feeding arose. For years, you’ve been told that eating 5-6 small meals per day helps you keep your metabolism elevated. Again, not true.

The fact is that TEF is determined by your total energy intake, not how often you eat. So, it doesn’t matter if you have 2 meals or 8, as long as you’re getting the same number of calories, the effect will be the same.

All of which is to say that a daily fast of, let’s say 16 hours, does not decrease your metabolism (3).

These questions come up a lot with people who practice 16/8 intermittent fasting. In a perfect world, the model looks like this: fast for 16 hours, hit the gym, start eating. The suggested feeding window is 2-10 pm; so, ideally, you train at 1 pm. That’s a problem for a lot of people who have pesky things called “jobs.”

But, simply because you can’t follow that one specific recommendation doesn’t mean you can’t utilize fasting, or get great results from it. To that end, here are the two most common schedule concerns that I get, and my recommendations.

3) I can only train in the evening, after work. Should I wait until then to break my fast?

Depends. You can wait to break your fast if the following apply to you:

If those things are not an issue for you, sure, you can wait to have your first meal until after your workout. But, you don’t have to. The second option is to simply break your fast at around 1 pm with a moderately sized protein-rich meal, have a shake or something like it a bit later than one (up to you–if I eat before my workout I puke), and then have some BCAAs before training at about 5:30 pm.  When you finish your workout, start eating the rest of your calories.

I’ll mention that option one is probably better suited to fat loss, while option two is better for muscle gain.

However, you may really want to examine whether you can move your workout time to early in the day. Training late in the evening can mess with your sleep, and c’mon, you need your beauty sleep (4).

4) I can only train in the morning, before work. Should I eat after? How do I handle this?

The obvious question here is about meal timing: if this person finished their workout at, say, 7 am, they have to make a choice and either:

On Breaking The Fast

I get this one a lot. People want to know what constitutes breaking a fast, and what, if any, caloric intake is acceptable.

Here’s a list of things to DO NOT break your fast:

Those things are pretty much fine in just about any quantity. Cool? Not only do coffee and tea not have any calories, but more importantly, they don’t have anything that’s insulinogenic, something that spurs your insulin levels to rise, a hormone that responds to increases in blood sugar by shuttling blood sugar into cells. The grey area stuff comes in when it’s not as insulinogenic as, say carbohydrates, but there’s still a small insulin release after taking it. 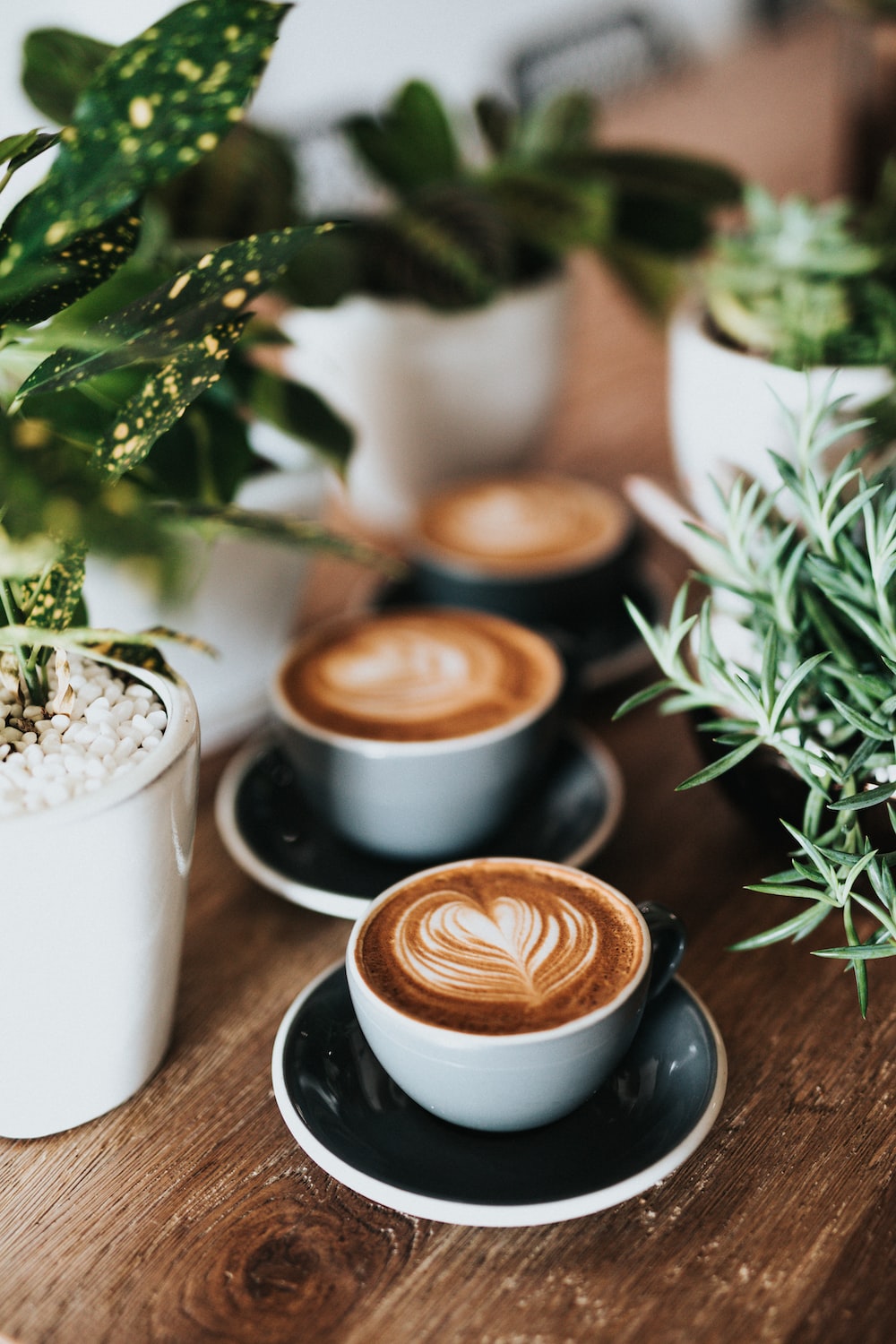 Here’s a list of the grey area stuff, with a note on why it gets the official rating of sometimes.

NON-BLACK COFFEE – You can add all sorts of stuff to coffee to make it either more delicious or healthier–or sometimes both. But, adding anything to coffee that has calories can potentially break your fast. A little heavy cream makes things tasty. A little coconut oil gives you some medium-chain triglycerides, and you know how delicious those are (see Bulletproof Coffee).

If you have a single cup of coffee per day, this is a non-issue; but if you need 4-5 cups to get going in the morning, and you’re adding a tablespoon of cream or coconut oil to each on, that will add up. There’s no hard and fast rule, but I say just try to keep your total caloric intake below 100, even if it’s from fat. The poison, as they say, is in the dose.

DIET SODA – I don’t have a problem with diet soda or artificial sweeteners in limited quantities. However, not all are created equal, and they can exert different effects. For example, one of the zero-calorie sweeteners in Coke Zero is acesulfame potassium, which has been shown for decades to be insulinogenic (5); so that’s not the best choice during a fast, because you want to minimize insulin. Diet Coke, on the other hand, doesn’t have it. Diet coke has aspartame,  which doesn’t increase insulin (but has a number of other potential downsides). The most common artificial sweetener nowadays is sucralose (Splenda) which is found in everything G2 Gatorade to protein powder and pre-workout (check the label, bro). Sucralose is also insulinogenic, which means Splenda might break your fast. Then, there’s stevia. Which actually isn’t an artificial sweetener because it’s naturally occurring. But just because it’s a natural sweetner doesn’t make it healthy, and it doesn’t mean it magically won’t break your fast. Here’s the problem with stevia: we don’t know as much about it. It was approved only in 2008, and has only risen in popularity in the last ten. However, recent research suggests that stevia doesn’t cause an insulin response like sucralose and ace-k, making it less likely to break your fast.

Is it going to make a huge difference in the context of long-term weight loss? Probably not. Is drinking diet soda going to kill you and make you fat and give you herpes? Probably not. Still, probably best not to make it your primary liquid of choice. Again, the poison is in the dose.

BCAAs – Branched Chain Amino Acids are fantastic for a number of reasons, and when it comes to fasting, most people consider them necessary. BCAAs can blunt hunger, help you build muscle and retain LBM, and allow for better workouts overall. So, why are they in the grey area?

Very simply, they’re extremely insulinogenic (6). The production of insulin shuts down the production of growth hormone, so dosing with BCAAs may negate some of the benefits of fasting. Whether this is actually the case is open to debate. Many experts recommend this; for example, I’ve heard that the position of BCAAs not breaking a fast referred to as Berkhan’s Law, named for Swedish nutritionist Martin Berkhan, one of the godfathers of the IF movement.

My personal position is this: if you’re focused on insulin management (for example, during an Insulin Reset, which appears in Phase I of Engineering the Alpha), I would skip the BCAAs until after your workout. If you have good insulin management or are trying to gain muscle, go for it. The take away from these grey area options: just because something is calorie-free doesn’t absolve its ability to break your fast.

Does Intermittent Fasting Pair Well With a Ketogenic Diet?

Yes, actually. The point of a keto diet is to limit glucose (and therefore insulin) by depriving your body of sugars to the point that it needs to convert to an alternate fuel source. In that state, it produces ketones (hence the name, the ketogenic diet). When your body creates ketones that’s keto people refer to as the state of ketosis.

I’m looking to keep this post dynamic and update it as time goes on, so feel free to drop any Q’s about fasting below, and I may  feature them going forward.

Hopefully, this post will help you as much as I know it will help me–whether you learn from the information or just refer people to it so you don’t have to keep answering these! 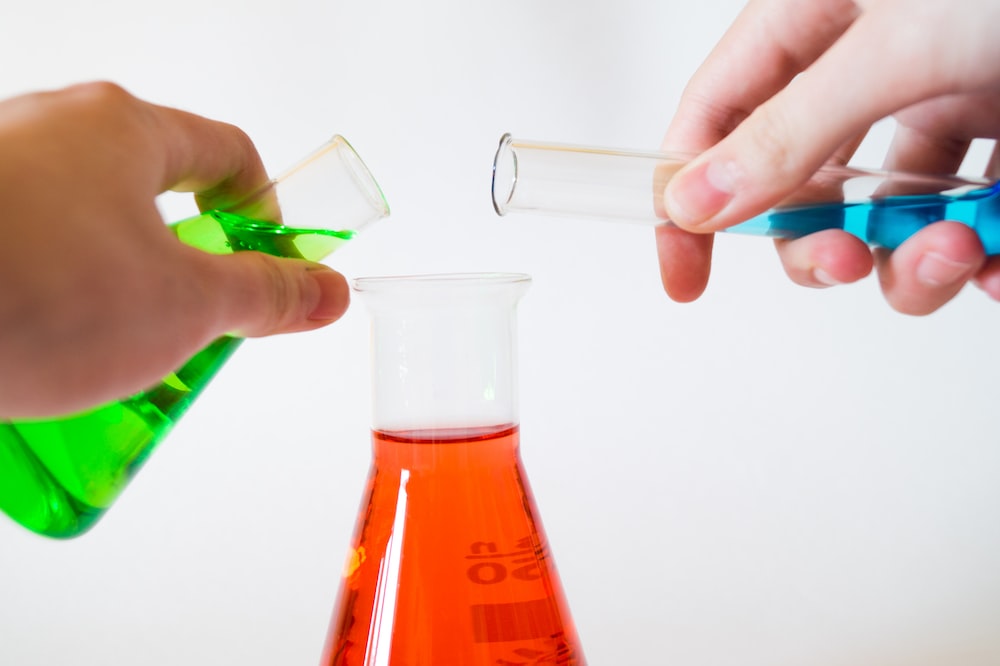 The science on intermittent fasting has grown so much in the last few years. In fact, it’s now being looked at as a treatment for cancer (7). Pretty cool stuff, if I do say so myself. And while I’m no longer diving deep into that research and bringing it to the fitness population, there are lots super smart who are, chief among them Dr. Peter Attia. So, if you’re looking to dive more into IF, check out his ongoing work.